Akinwunmi promises to bring back glorious years of Nigerian football 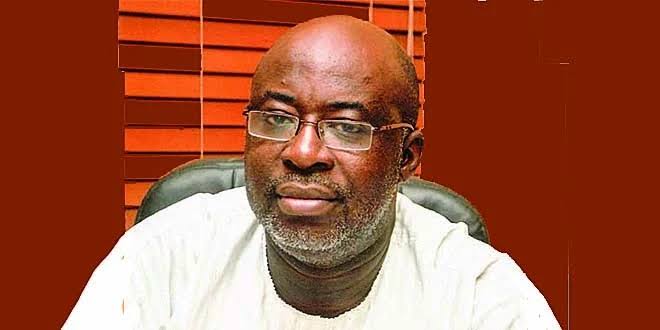 First Vice President of the Nigeria Football Federation, Seyi Akinwunmi, has formally declared interest to contest for its presidency.

The chairman of the Lagos State Football Association unveiled his mission in Abuja as the race hots up.

Akinwunmi promised to bring back the glorious years of Nigerian football.

He said that he is seeking the votes of delegates to succeed his principal and incumbent NFF President, Amaju Melvic Pinnick, whose second term ends next month.

Declaring his ambition before the gathering of critical stakeholders in the game, he promised to make Nigeria’s football great again if given the opportunity to govern the country’s football.

It was a gathering of the FA chairmen, serving and past executive committee members of the NFF, club owners, players, fellow contestants and other stakeholders ahead of forthcoming NFF elective congress slated for Benin, Edo State.

He said that he was in the race to “reset the country’s football and transform Nigeria into an epitome of football development using meritocracy, professionalism, technology, creativity, transparency and education”.

Akinwunmi added that his administration “will create an inclusive, vibrant and efficient football ecosystem beginning with the grassroots to develop a sustainable national football culture, provide pathways to success and exploit the Nigerian entrepreneurial spirit”.

He maintained that he intends to achieve his vision and action plans for Nigeria’s football upliftment through four key growth drivers: development, business of football, infrastructure and technology.

While frowning at the gross mismanagement of public funds, he promised to run a transparent administration accountable to the people, emphasising that he will ensure funds are appropriated and channeled for the right use.

He vowed to “devolutionalise” football administration in the country by empowering the state FAs and local government football councils to address the steady decline of football at the grassroots level, while the federation focuses on national football politics.