HomeHeadlinesNo resumption as ASUU says no going back on strike
Headlines

No resumption as ASUU says no going back on strike 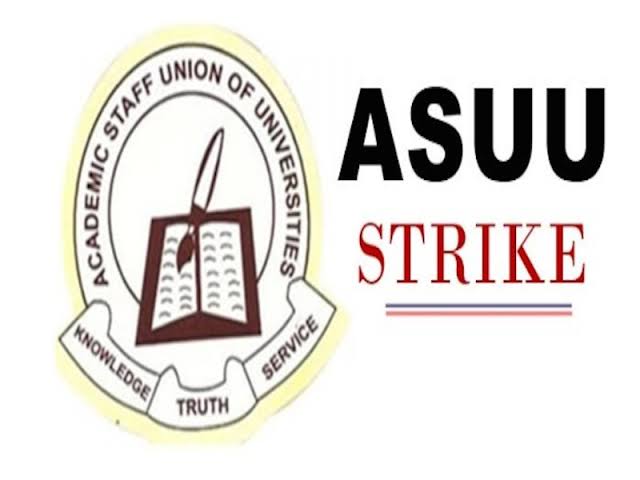 The Academic Staff Union of Universities (ASUU) has said it has no intention of suspending its ongoing strike anytime soon, unless the federal government meets its demands.

ASUU president, Prof. Emmanuel Osodeke, who spoke to Nigerian Pilot over the phone on Monday said, the government has not made any meaningful attempt to end the strike action by the university lecturers.

The minister of Labour and Employment, Dr Chris Ngige, who is the chief conciliator of the strike, is likely to throw his hat into the 2023 presidential race today, even when the lecturers are still on strike.

ASUU president said the lecturers are ready to remain at home until after the election, since the government appears to have relegated the concerns over the workers and have since engaged in the 2023 politics

He said, “we are ready, even till the next administration comes in, we are ready. If that is what they want.”

This is a government that can raise N200 billion for university education, but have amended the budget to raise N4 trillion for petrol subsidy.”

Meanwhile, the Nigeria Labour Congress (NLC), has again urged the Federal Government to respect the Collective Bargaining Agreements entered into with the Academic Staff Union of Universities (ASUU) and other unions in the tertiary institutions in the country.

The NLC President, Mr Ayuba Wabba, made the call in the 2022 Easter message to workers and Nigerians with the theme, “Hope That Never Dies’’, on Monday in Abuja.

According to him, millions of Nigerian university students, especially those attending public citadels of higher learning, are celebrating Easter outside the precincts of their campuses.

“This is not by reason of choice but because our country cut short their hopes.

“The inability of the government to deliver on commitments it reached with our university workers, both academic and non-academic, has ensured that the streak of instability battering and buffeting our tertiary education system remains unresolved.

“It is even most tragic that majority of the affected students are children from poor homes whose parents cannot afford to pay the outrageous fees charged by private universities.

“Tragically, while students from poor homes are held back by frustrating cycles of strike actions, the children of the rich and powerful are in private campuses learning.

“There is no sadder premiere of the Social Apartheid in our society than the intermittent and protracted strike actions in our public universities,’’ he said.

He, therefore, added “we demand respect for Collective Bargaining Agreements signed with unions in our tertiary institutions and other sectors.”